Hello, my name is John Flynn. I am a tech enthusiast, maker and tinkerer. This is my blog where I write about stuff.

I have been trying out a new linux desktop environment known as Budgie. It has been written as a desktop for a new linux distribution called Evolve OS. What is amazing about this project is that it is being developed by one person, and for a desktop environment that is less than a year old, it is already pretty stable and customizeable. It is heavily inspired by the ChromeOS desktop, but can be customized.

How do I install this?

I installed Budgie on-top of my Antergos-Gnome install, which already has most of the gnome/gtk dependencies installed. There has been a package added to the AUR which I used. If you have a pacman wrapper like pacaur, the installation is as simple as typing this command:

Once installed, you should be able to select this new desktop environment from your login screen.

As I said in the beginning of this post, this desktop environment is suprisingly stable for software that is still in early stages and in beta. But that’s not to say I didn’t encounter any issues. The biggest issue I encountered was that the applications menu would frequently crash and freeze my system when scrolling through applications. I would then have to switch to a different virtual console and restart gdm. I even tested with lightdm and experienced the same issue. I am not sure if it is an issue with my hardware, because the logs do not show much of anything at the time of the crash.

Anyway, as a workaround I installed plank, which is a Mac OSX style dock to keep my most frequently used applications, and removed the budgie applications menu from the panel. 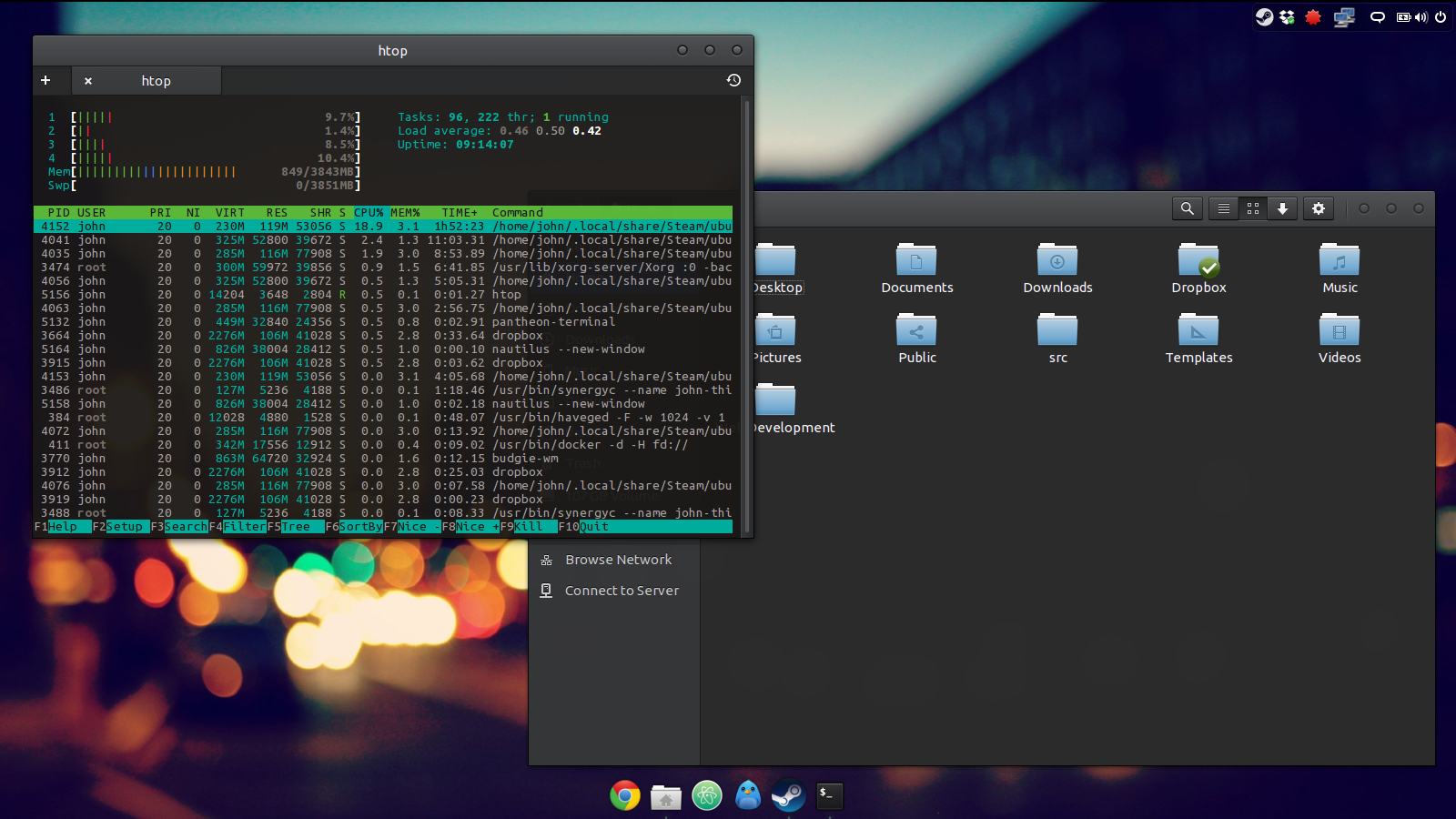 If you want more information about Evolve OS and the Budgie Desktop, vist their website at: https://solus-project.com/.